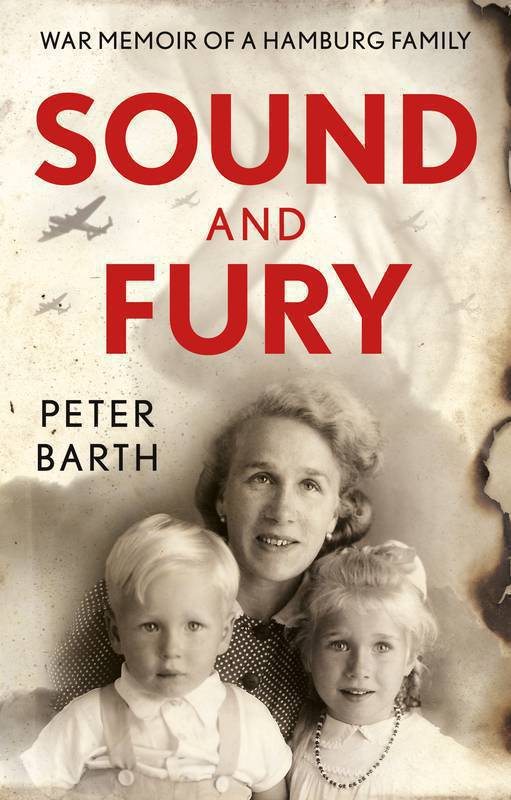 Despite the often-unimaginable horrors of war, bonds of family and friendship can hold us together… Peter Barth was born in Hamburg during the Second World War. Sound and Fury explores war-time memorabilia, tape-recorded conversations, photographs and letters, to uncover amazing stories about his three closest families during the war.

All three families lived close by in Hamburg. Towards the end of July 1943, the RAF bombed the city, creating an enormous firestorm and killing 45,000 people. The families survived and were scattered around Europe. His father and cousin were sent to the siege of Leningrad, both returned severely wounded. The Koschel family moved to Krakow. When the Red Army moved west, they had to flee. They came close to being caught in the RAF firestorm of Dresden.

Meanwhile, the Barths were refugees in a pretty village close to Bergen-Belsen, the horror of which only emerged when it was liberated by the Allies. Just north of there, the Cap Arcona (with Uncle Adam onboard) was anchored in the Bay of Lübeck with two other ships, after rescuing thousands of refugees and wounded soldiers. The SS took command and packed the ships with thousands of concentration camp victims. The day before the German forces surrendered, RAF planes bombed and sank them. No one knows why.

Peter Barth BSc PhD, was born in Hamburg in 1941. He and his family became refugees in Germany and after the war, moved to Brighton, England. He followed a career as a molecular biologist, studying, teaching and researching in many universities, including Southampton, Leicester, Yale, Kent and the Royal Postgraduate Medical School. His particular interest was the spread of drug-resistant bacteria. He worked in AstraZeneca until retirement. He and his wife now live in a village near Chester.