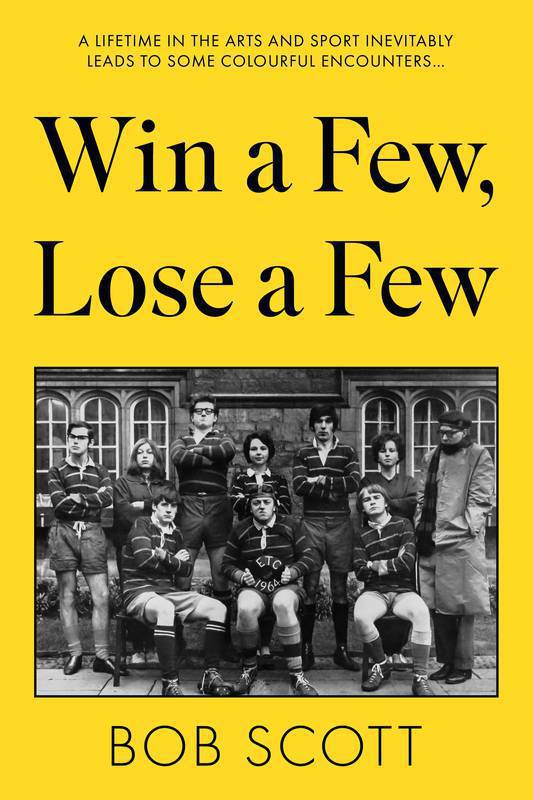 Win a Few, Lose a Few

Sir Bob Scott looks back on an unusual life with several careers. A single theme through it all has been getting things off the ground. There has been both success and failure.

After a childhood spent abroad as the son of a diplomat and in England with his astonishing Grandmother, Bob sailed through schooling and Oxford mainly because he was large and noisy.

From his brief stint as an actor to being a theatre manager in Manchester; from remote corners of Europe to the broader reaches of the globe as the Olympic bug took hold and led to successfully getting the Commonwealth Games, the Millennium Dome and Liverpool’s successful bid to be 2008 European Capital of Culture, Bob Scott has a myriad of stories to tell. Fifty years in the Arts and Sport inevitably lead to some colourful – and sometimes funny – encounters, with the likes of Burton and Taylor, Pavarotti, Nureyev, Topol, Olivier, Finney, Lloyd Webber, Bobby Charlton, Clive Lloyd, LS Lowry, Mrs Thatcher, John Major, Vladimir Putin, the Queen, Prince Charles, Princess Anne to name just a few.

In terms of wins and losses what is the Final Score?

After colourful school and University careers, Sir Bob Scott has spent his life in the Arts and Sport, often dealing with the famous. Building, restoring and running theatres, followed by Olympic and Commonwealth Games Bids, life in Manchester lasted 27 years. Greenwich and the Millennium Dome brought him to London before he led Liverpool’s successful Bid for European Capital of Culture in 2008. Bidding and travelling with his wife have dominated his life.