RAC Motoring Book of the Year Award: A Review of the Evening

It was a pleasure to be invited to attend the prestigious annual Motoring Book Awards at the exclusive Royal Automobile Club (RAC) in Pall Mall, London, made all the more special by the fact that two titles from Troubador imprints had been nominated for these sought-after accolades.

Alan Shattock’s RGS Atalantas (Matador), a meticulously researched and designed volume detailing the creation and development of Dick Shattock’s pioneering sports racing cars, was nominated for the ‘Specialist Book of the Year’ award, described by the RAC as being presented to a book which is impeccably researched and flawlessly written. Meanwhile, Dave Roberts’s The Blunt End of the Grid (The Book Guild), a humorous and heartwarming memoir of the author’s motoring escapades, was nominated for the coveted ‘Motoring Book of the Year award’, for ‘an exceptional book with wide appeal’.

The event saw authors, publishers, members of the media and motoring enthusiasts converging on the RAC building in central London for an evening which promised to be one of the many highlights of a week of motoring celebrations. The venue itself was magnificent; we were guided through lavishly decorated hallways beneath vaulted ceilings to arrive in the expansive Mountbatten Room, where we were welcomed to a champagne reception and the opportunity to discuss the upcoming awards with the high-fliers of the motoring book industry.

It was a pleasure as always to speak with Dennis Buckingham from Star Sales, a company that represents many of the marketed titles for both Matador and The Book Guild. A number of books supported by Dennis and the Star Sales team had been shortlisted for the two awards, demonstrating the importance of proper sales representation in achieving recognition within the book trade. An opportunity to catch up with Book Guild author Dave Roberts was also very welcome. It was gratifying to hear a number of positive comments about both our titles from industry professionals and motoring enthusiasts alike.

The ‘Specialist Book of the Year’ award saw with Alan Shattock’s RGS Atalantas pitted against stiff competition from industry-leading publishers. While Simon Taylor’s John, George and the HWMs: The First Racing Team to Fly the Flag for Britain (Evro) was the successful nominee in the end, it was heartening to hear positive comments about Shattock’s volume from the judges along the lines of ‘extremely well written.’

Dave Roberts’s The Blunt End of the Grid did not go unnoticed, receiving great interest from the room, and eliciting a number of highly positive comments from both members of the RAC and industry professionals. It was also hugely encouraging to see both titles stocked by the on-site pop-up bookshop, administered by Horton’s, an industry leader in motoring book sales, even more so when we were later told that Roberts’s title had sold out.

It was overall a highly successful evening for both Matador and The Book Guild, and while it was disappointing not to have left the event with either of the prestigious awards, it was a huge accolade for both books to even be nominated. Each title was pitted against challenging competition from industry leaders, and it was heartening to receive a multitude of positive feedback for both titles, not only from a perspective of content but also of design and presentation. 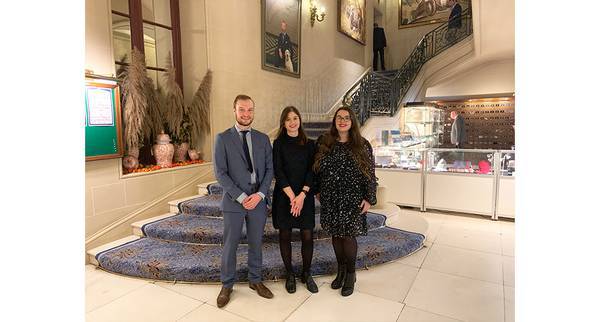