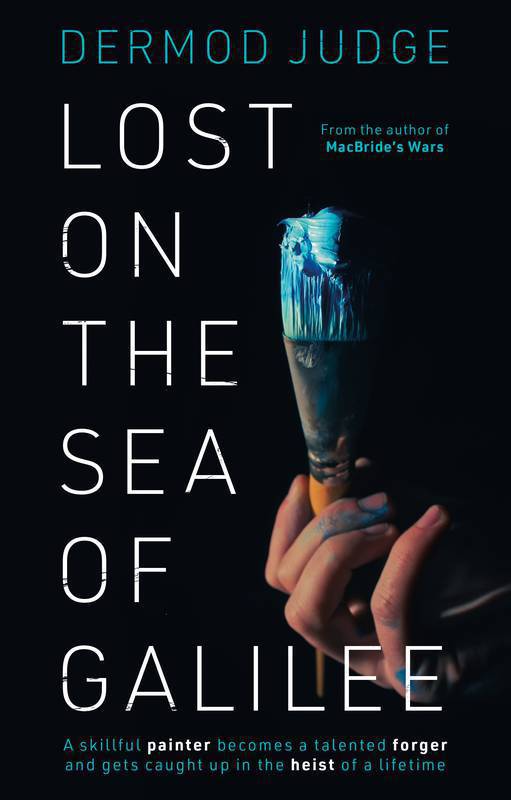 Jack Gillcrest is a skilful painter who succumbs to the dangerous attractions of art forgery, descending through increasingly challenging fakes to an active role in the art heist of the century.

For all his skill in painting techniques, Jack Gillcrest realises that producing a genuine work of art is beyond him, despite his artistically talented girlfriend, Grania believing that he could be a successful painter in his own right.

He allows himself to be coaxed into forging the work of some of the world’s great artists and is handsomely rewarded for it, but the stakes increase when Jack is persuaded to help steal two hundred million dollars’ worth of art from a museum in Boston. Among the spoil is a superb Rembrandt – Storm on the Sea of Galilee – which taxes Jack’s forging talent to its utmost.

Can Jack forge a new future for himself? Or is this a heist too far?

Dermod Judge has been a designer, typographer, copywriter, creative director at one of South Africa’s largest advertising agencies, dramatist, actor, broadcaster, international award-winning filmmaker, film and stage director, scriptwriter and editor, and international lecturer on storytelling and filmmaking. Now he has written five books, published with the Book Guild, A Healing Place, which is non-fiction, and four novels; Clash,  Two Jam Jars for the Manor, Bopping in Ballymalloy and MacBride’s Wars.

Looks like there are no reviews for this book yet. Be the first to review "Lost on the Sea of Galilee".