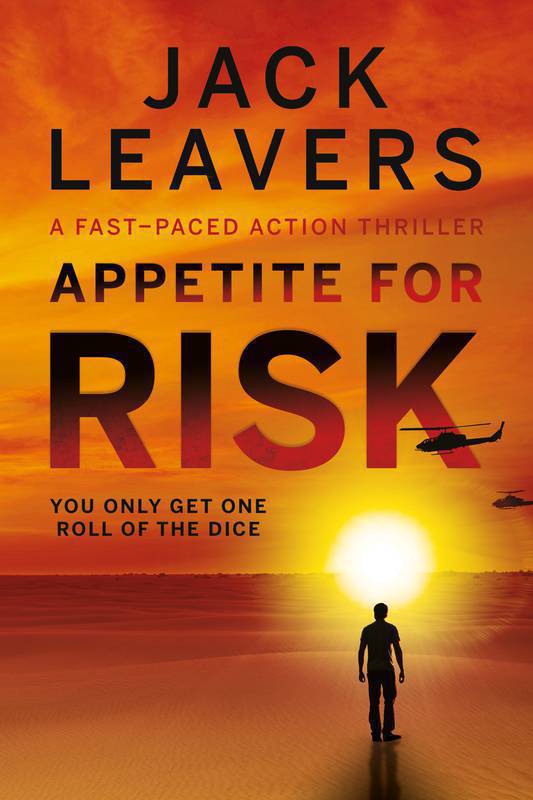 A fast-paced action thriller inspired by real events in the aftermath of the Iraq War.

With Saddam Hussein deposed and an entire country in need of rebuilding, former Royal Marine John Pierce hears the siren call of adventure and opportunity. His fledgling UK business is struggling to support his young family and he has connections in the Iraqi capital – fate seems to point one way.

In early 2004, Pierce rolls the dice when he jumps into a taxi in Jordan and heads for the turmoil of postwar Baghdad to grab a share of the reconstruction gold rush. But when Iraq spirals into the hell of a full-blown insurgency, he must rely on his wits and his local friends if he's to evade the rampant bloodshed.

As the action rolls across the blood-stained Iraqi landscape and embraces London’s seedy underbelly, Pierce tangles with the authorities at home and finds himself thrust into the heart of British and American covert operations against Al-Qaeda in Iraq.

Having set out with little more than ambitious goals and an appetite for risk, can a determined ex-bootneck survive the mounting chaos unscathed and succeed in hitting the jackpot?

Jack Leavers is a former Royal Marine with over thirty-years’ experience working in the military, private security, corporate investigations, maritime counter-piracy, and risk management. His varied career has included numerous deployments to conflict zones around the world such as Northern Ireland, Bosnia, Iraq, Afghanistan, trouble spots in Africa, and the Somali pirate-infested waters of the Indian Ocean. He continues to work in challenging environments and has now begun to pen novels inspired by some of the more enterprising projects that got the green light and other audacious plans that didn’t. When knuckling down to write, he is normally based in London, UK.

Reading ‘Appetite For Risk’ was much like being on one hell of a scary and unpredictable rollercoaster ride with lots of twists and turns along the way. Just when you thought that you could reclaim your stomach and take a breather off the action would go again. On more than one occasion I almost had to read through my fingers because I dreaded what was waiting for me over the page. Then I had to give myself a kick and realise that if I wanted to know how the story concluded then, of course, I had to keep reading.

Jack has really stopped at nothing to give us one hell of a read and drawing on his own experience‘s helps to give it that edge, and makes his descriptions really come to life.

One you won’t want to miss! A thrilling read that will take you on an adventure and keep you on your toes.

The plot is full of action and has nail-biting moments throughout the novel. The main character John is a fantastic character, very relatable and his character development was second to none and you really understood his choices when he makes them within the book.

The author’s experience from being in Iraq shines through and I am truly privileged to have read his experiences through the pages of a fictitious yet truly believable novel.

It is so action-packed, it was like a high action blockbuster movie that only I could view! Add the dangerous atmosphere of the country mixed with a seriously explosive situation and you have one hell of a thrilling mission!

The action, when it comes, is never gratuitous and Leavers ensures that it happens unexpectedly… much like the real world and life.

I would highly recommend Appetite for Risk.

Appetite for Risk by Jack Leavers is a story written on a very touchy topic, but the author does it justice. It is a fast-paced novel that takes the reader on a roller coaster ride that they don’t want to get off. Simply put, this is a novel that runs heavy on great plot, smooth action, and suspense that keeps the interest of readers and builds it. I became invested in the characters, even though I didn’t particularly like quite a few of them. John Pierce is a hard character to like, but this is something that makes him such a good protagonist. I enjoyed hating and loving him!

This is the story of a man named John Pierce, a man whose business is not doing so well and he is barely making ends meet to support his family. His contacts and friends living in Iraq tell him that the time is ripe for him to set up in Iraq and make money quickly. Relocating was easier for him than he anticipated, but things went crazy when the battle against Al Qaeda in Iraq reached its peak. He finds himself in the center of it all and there is nothing he can do to get out of it. Can he remain untouched and keep his family safe in this war? Does he even have a chance? I never felt that the novel was rushed, not even once. The story was given proper time to develop and grow so that the flow continued unscathed. John was one hard character; he was good and bad, but that just made him even more attractive to me. It made him more human and that made it easier for me to understand him. This is a really good, well-developed and well-constructed novel!

An ex-marine himself, Jack Leavers has written a story that is based on his very own experiences of Iraq at the time, when the coalition seized power and ousted Saddam.

John pierce, ex-marine, in financial trouble decides to try his luck, and try to cash in on postwar Baghdad.

I almost instantly found myself being taken into Iraq, this book is such an immersive experience. The setting of the scenes, feel so authentic, and as Jack himself has said to me over Twitter conversations, the reasons he was able to do this so well is because he was there!

It doesn’t feel like fiction, written in the first person, it reads exactly as if Jack Leavers is telling us his own story. There is quite a lot of military talk aswell.

The first, maybe half of the book is a slow burner as the story is set and as John makes his contacts in Iraq.

But the tension and action are really ratched up in the 2nd half of this barnstorming military thriller.

Overall this for me is an excellent story of Iraq, and the aftermath of the coalition, it’s certainly nothing like I’ve read before.