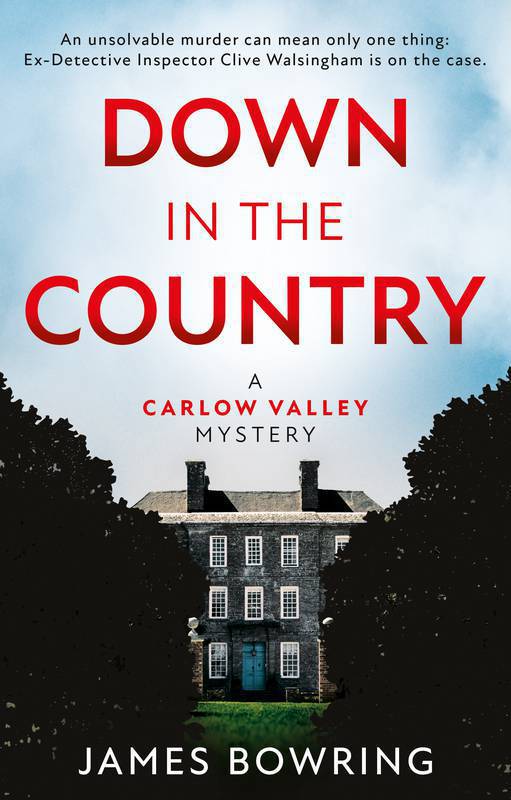 Down in the Country: A Carlow Valley Mystery

A couple are shocked to discover the naked body of a woman in their garden. She has been strangled. Acting Inspector Beauregard, who has never led a murder investigation, doesn’t understand how or why the body of a woman ended up in the garden and seeks assistance from ex-detective inspector Clive Walsingham. Clive is now running a hotel in Carlow Valley, but when Beauregard asks for his help, he jumps at the chance.

As intriguing details of the dead woman’s past emerge, suspicion falls upon a notoriously unscrupulous local businessman but, before he can build a case against him, Inspector Beauregard is called away to investigate the mysterious disappearance of Lord Westleigh’s daughter, leaving Clive to continue the investigation with the support of an abrasive Detective Constable.

A seemingly innocent entry in the dead woman’s notebook, the strange behaviour of her family and the arrival of a mysterious guest at his hotel drag him deeper into the murky investigation. Clive has to use all his powers of deduction to uncover the truth. But, in doing so, he realises his own life is in serious danger.

James Bowring was born in London. After obtaining an Honours degree from the University of Exeter, he qualified as a chartered librarian. He lived for many years in the Home Counties working as a librarian and he has a lifelong affection for books and writing. James is now retired and lives in Dorset with his wife, Polly, and two demanding cats.

Looks like there are no reviews for this book yet. Be the first to review "Down in the Country: A Carlow Valley Mystery".