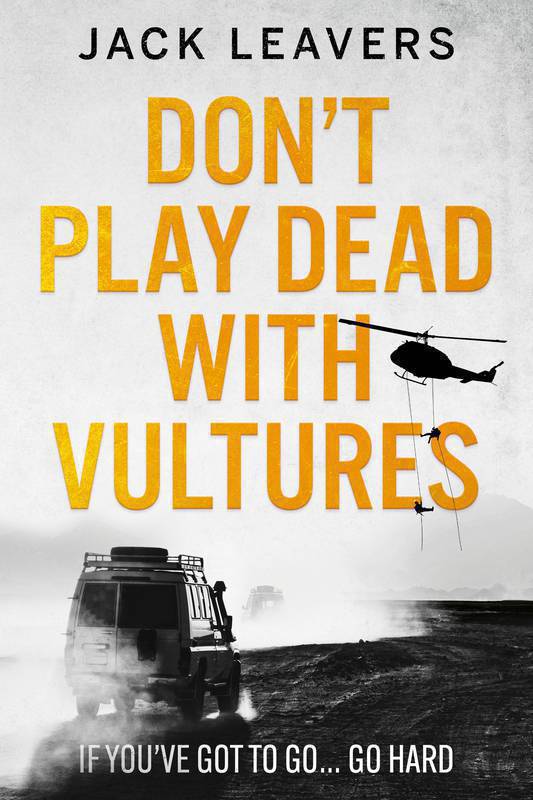 Summer 2008 sees former Royal Marine John Pierce lured from running convoys in Iraq to a lucrative contract in the steamy jungles of French West Africa. He soon discovers this new theatre is even more dangerous than the war zone he left behind. Corrupt officials, drug cartels, and competing military factions rub shoulder-to-shoulder in a melting pot of greed and intrigue ...And a sadistic foe lurks in the shadows.

When old intelligence contacts take an interest, the situation gets complicated fast. Dark forces emerge and events spiral out of control. Pitched into a desperate race against time, can Pierce’s makeshift team of soldiers and civilians fight fire with fire and outwit vicious enemies?

One thing's for sure, Pierce won't leave anyone to the mercy of a brutal adversary he knows only too well – no matter what it takes.

Former Royal Marine Jack Leavers has over thirty-years’ experience working in the military, private security, corporate investigations, maritime counter-piracy and risk management. His career spans numerous deployments to conflict zones worldwide such as Northern Ireland, Bosnia, Iraq, Afghanistan, Africa, and the Somali-pirate-infested waters of the Indian Ocean. Jack’s novels are inspired by some of the more enterprising projects that got the green light, and other audacious plans that didn’t.

Looks like there are no reviews for this book yet. Be the first to review "Don't Play Dead with Vultures".