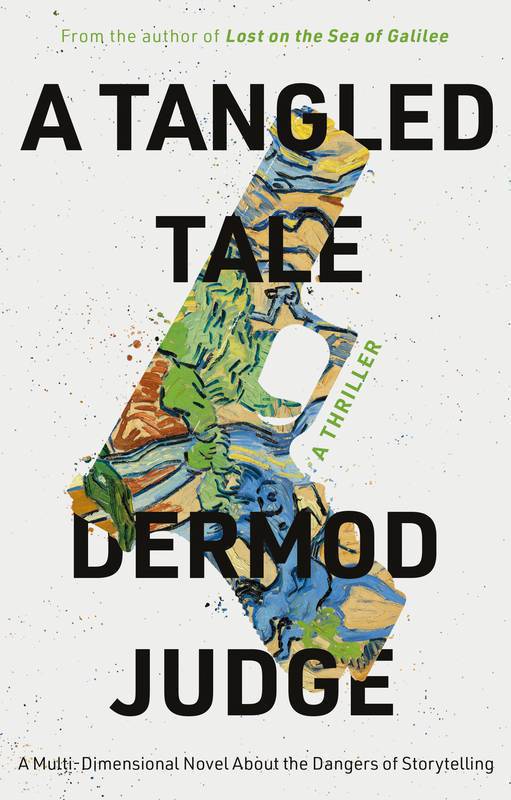 This book is about the dangers of storytelling

When writer Pat Quinn decides to document the violent history of the gangs in his city, he intends to disguise it as fiction. This is to afford ‘deniability’ to the still living gang bosses who enjoy being interviewed about their ‘heroic’ past but who are wary of legal repercussions.

To write the history for a weekly newspaper column and to involve his readers, he creates a character called Tom Brown to be both the interviewer of the gang bosses and a participant in the described activities of long ago. This merging of make-believe and truth, of myth and legend, of the real and the imagined, of the past and the present is further complicated when an emboldened Tom Brown starts to impinge on Pat’s life in uncomfortable ways.

The gangs’ histories impact more and more on Pat when he and Tom Brown start to be blamed for past atrocities. He loses his girlfriend, his equanimity and almost his sanity when he begins to suspect that Tom Brown may not, indeed, be fictional.

Dermod Judge has been an advertising copywriter and creative director, a playwright, a screenwriter and a published writer since 2017. He was also a typographer, a designer, an actor, a filmmaker, a documentarist, a theatre critic, a broadcaster, and an international lecturer on scriptwriting and filmmaking. A Tangled Tale is his seventh published book.

Looks like there are no reviews for this book yet. Be the first to review "A Tangled Tale".