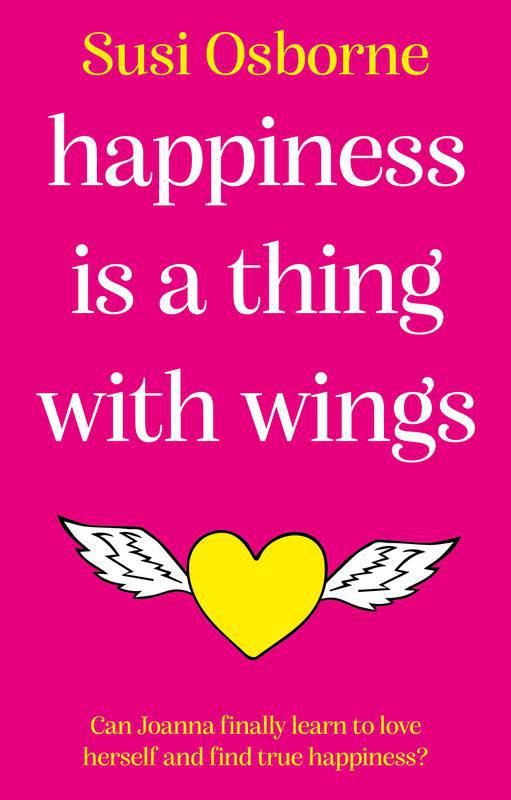 Happiness is a Thing With Wings

Joanna is approaching the end of her forties and the empty nest syndrome looms. She consoles herself with gin and chocolate, realising that apart from raising her son Jack, she has achieved absolutely nothing.

Somewhat on the plus side of plump and barely five feet tall, she finds it difficult not to envy her younger, prettier sister. Such elevated elegance seems so unfair – as does Hannah’s successful marriage. Joanna, in contrast, has remained in a loveless marriage for the past thirty years, stuck in a rut with the most miserable man on the planet but not having the impetus to get out.

It takes an embarrassing but hilarious encounter in the supermarket to make her realise what she’s been missing. It’s exactly the push she needs to make her change her life. With a little encouragement, Joanna starts to regain her independence, finally leaving her grumpy husband to enjoy life as a single woman. As she attempts to rebuild her own future, her family and friends continually surprise her with their own revelations.

Life is never dull, laughter never far away; can Joanna finally find true happiness within herself at last?

For many years, Susi Osborne worked in libraries, and later as a classroom assistant in a junior school. She currently runs a business selling all things vintage in an antique centre. She also runs the Northwich LitFest, which she started ten years ago. Susi lives in Cheshire with her husband, daughter, grandson and two dogs. Happiness is a Thing With Wings is her fifth novel.

Looks like there are no reviews for this book yet. Be the first to review "Happiness is a Thing With Wings".