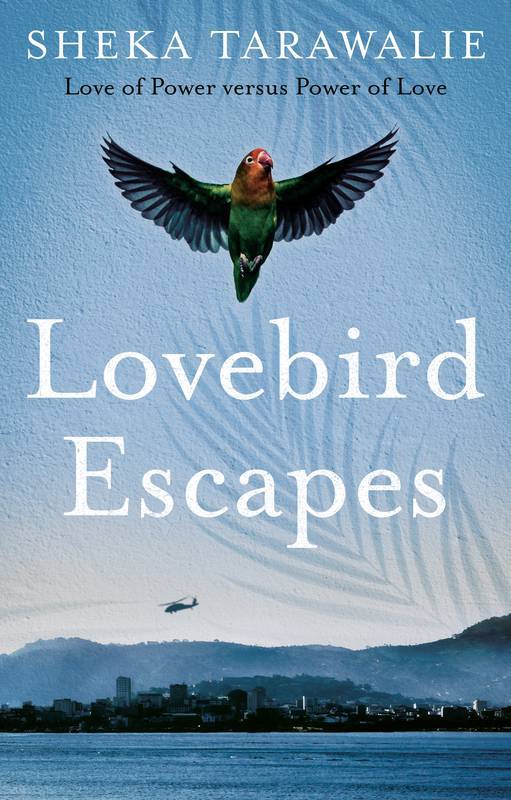 Just as a man had laboured and sweated and clawed his way to the summit of the mountain, a sudden storm came and swept him away... He would soon find himself thrown down and fractured in the valley - if not dead.

Britain’s Prime Minister, Nigeria’s military dictator, the UN Secretary General, the Americans, and Sierra Leone’s exiled President are on a joint mission ‘to save democracy’ in diamond-rich Sierra Leone. Yet, each has their own parallel agenda to overturn a coup d’état.

British ambassador Mark Fergusson’s family, trapped by fate in the murky waters of international diplomacy, tries to wriggle itself out of the do-or-die drama of the former British colony.

The situation is further embroiled in a racism row involving the Crown, as the Queen’s great granddaughter – Mark’s daughter – strays from the norm in a tumultuous ‘lovebird story’…

Sheka Tarawalie was a print journalist in Sierra Leone during its war. He later sought asylum in the UK before being called back to serve in governance (most notably as Press Secretary to the President). His autobiography, Pope Francis, Politics and the Mabanta Boy (Matador), was published in 2019. Now back in Oldham, UK, he is a member of the Society of Authors and the National Union of Journalists.

Looks like there are no reviews for this book yet. Be the first to review "Lovebird Escapes".