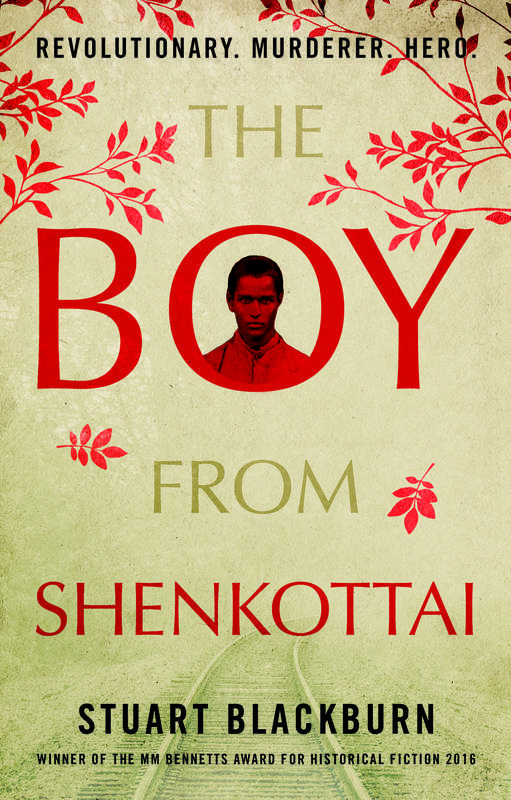 Vanchi, shy but imaginative, absorbs cultural lore from his herbalist grandfather. Defying his mostly-absent father he goes far away to attend college, where he is introduced to radical politics – though he remains a different bystander.

At the same time, Robert Ashe, a British officer, is posted to Tinnevelly, a town near Shenkottai. Ashe earns the ire of the anti-colonial movement when he suppresses a riot and jails its leader.

Having witnessed the riot, Vanchi joins a revolutionary cell that sends him to Pondicherry, a French colonial town near Madras, where he is transformed into an assassin. Using coded telegrams, the assassination plot is fixed. As Ashe’s luxury train waits at an isolated station, will Vanchi raise his gun and shoot for Indian independence?

Stuart Blackburn was born and educated in the US, gaining a Ph.D. in South Asian Studies and Folklore at the University of California. He taught at several universities in the US and Europe and then for many years at the University of London. During a long academic career, he has published more than fifteen books on Indian culture and storytelling traditions and two of his academic titles have won awards. Beginning with his move to Brighton in 2010, he started to write stories (rather than research them), publishing his first novel in 2014. His second novel, Into the Hidden Valley (2016), won the MM Bennetts Prize for Historical Fiction.

Looks like there are no reviews for this book yet. Be the first to review "The Boy From Shenkottai".