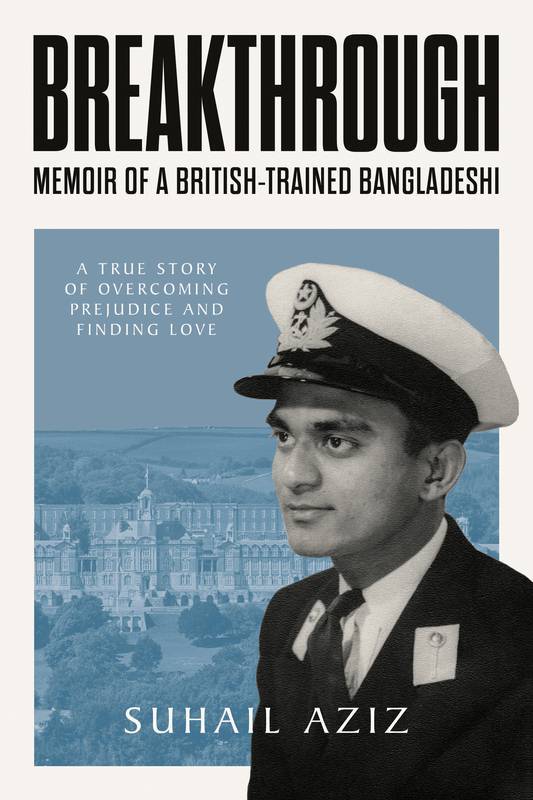 Suhail Aziz was born in Sylhet, Bangladesh. He joined the Pakistan Navy and, after initial training in Pakistan, he entered the Britannia Royal Naval College, Dartmouth, England, where, on completion of his training he was commissioned by the British Admiralty.

While in Dartmouth, however, he met and fell in love with Ann, a British girl. Love brought tensions with the Navy and Pakistan government whose arbitrary restrictions meant Suhail was dismissed from the Pakistan Navy for his marriage to a foreign national. It was the first, but not the last time that he was to experience discrimination.

After his dismissal, Suhail served in East Pakistan’s Inland Water Transport Authority and as a personnel manager of Unilever Factory, Chittagong, in what was then East Pakistan, before returning to England in 1966 with his young family.

Back in England, Suhail started out as a ticketing clerk at a rail station in an outer suburb of London before a change in jobs lead him to be awarded a direct-entry, permanent commission in the Royal Air Force. This was just the beginning of Suhail’s UK career. After leaving the RAF, Suhail served at the Ford Motor Company, the Mars Group and as a Director at the Commission for Racial Equality.

Breakthrough: Memoir of a British-Trained Bangladeshi is Suhail’s story through love and prejudice; how he made it in England starting at the bottom and rising to the chairmanship of public bodies, gaining recognition along the way for his distinguished record of public service.

Suhail Aziz’s memoir is his life’s experience, impressions and insights.

Looks like there are no reviews for this book yet. Be the first to review "Breakthrough: Memoir of a British-Trained Bangladeshi".