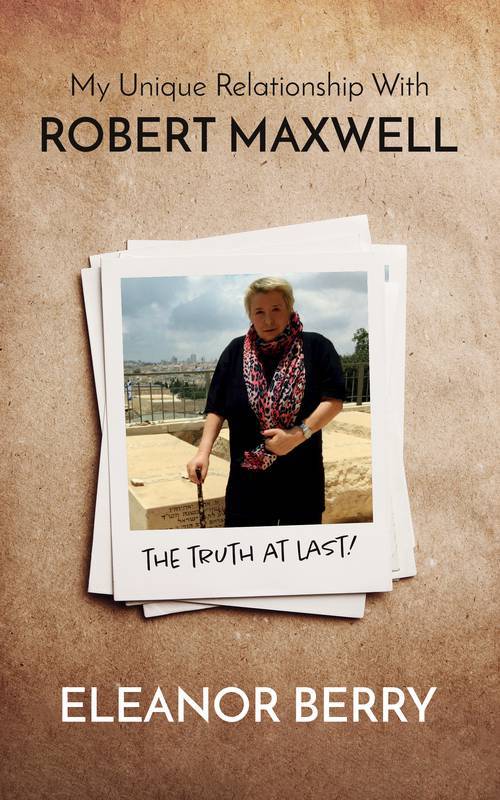 My Unique Relationship with Robert Maxwell: The Truth at Last

This book is an intriguing viewpoint into the private life of Robert Maxwell and his relationship with the daughter of Lord Hartwell, Eleanor Berry. The book plots their relationship during his life up until the time of his death.

Robert Maxwell was a British media proprietor and MP. He rose from poverty to build a publishing empire. He bought the Mirror Group newspapers and Macmillan Publishers, among others. He died in 1991. It was Eleanor’s late brother, Nicky, who introduced her to Bob in the late 60s. Nicky was the Financial Correspondent on The Daily Telegraph and had worked with Bob so they had become friends. Nicky was invited to a birthday party at Robert Maxwell’s Oxford house, Headington Hall and Eleanor went along with him. After a night of chatting and dancing, Eleanor spent lots of time with Robert and his wife, Betty, over the years.

Eleanor Berry was born in to a family of British newspaper proprietors. Her father, Michael Berry (Baron Hartwell) MBE was the second son of Mary Agnes And William Berry, 1st Viscount Camrose. He was Chairman and Editor-in-Chief of The Daily Telegraph and Sunday Telegraph newspapers. Lord Hartwell married Lady Pamela Smith, daughter of F. E. Smith, 1st Earl of Birkenhead and they had four children together – Adrian, Nicholas, Harriet and Eleanor.

Eleanor Berry is the author of over twenty published books and says her first brush with literature was when she broke windows in Ian Fleming’s house at the age of eight. Of Welsh ancestry, she was born and bred in London. Eleanor specialises in black humour. The works of Gorki, Dostoevsky, Gogol, Edgar Allen Poe and James Hadley Chase have strongly influenced her writings. She currently resides in South West London.

Looks like there are no reviews for this book yet. Be the first to review "My Unique Relationship with Robert Maxwell: The Truth at Last".