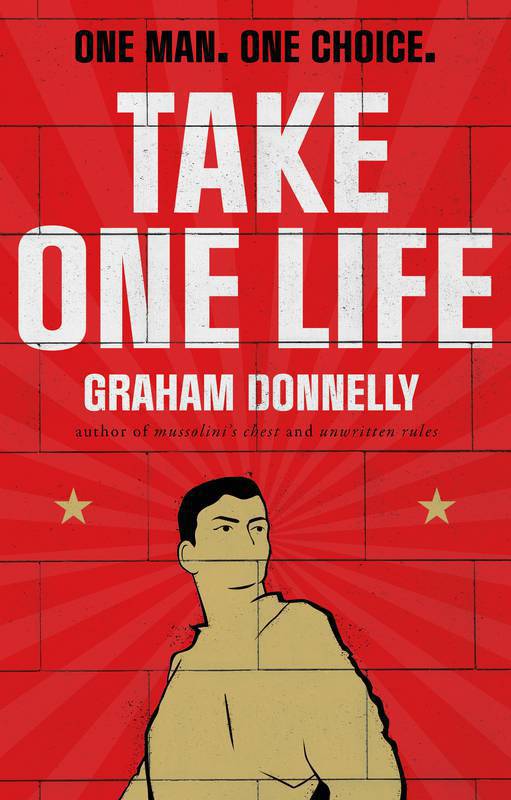 April, 1944. A man is waiting to assassinate a prominent figure.

He is not motivated by revenge or profit but by his belief that this one act of violence will save many lives and secure a greater peace for the whole of Europe. How have circumstances and experiences conspired to lead this apparently ordinary man to believe that what he is about to do is both essential and justified?

William Lyus had set out to make his way in the world against the background of the economic and political upheaval of the interwar years. Despite his best intentions, he’s caught up in a major financial swindle, experiences personal tragedy, and his career hopes are dashed. But it is these events that lead him to revisit the idealism of his youth, becoming more active in the political ferment of the 1930s.

As the Second World War nears its close and he becomes ever convinced that he, almost alone, sees what must be done to ensure a just outcome to the War, will he be able to fulfil his destiny?

Graham Donnelly now lives near Colchester but was brought up in Homerton, London. He has a degree in Economics from the University of London and his professional background is in government service, including the Home Office, merchant and international banking and lecturing in economics and management. He was active in politics in his youth and has retained a strong interest in political and socio-economic history; a fact reflected in his novels. Take One Life is his third novel, and he is also the author of Mussolini’s Chest and Unwritten Rules.

Graham Donnelly has come up with a great read in Take One Life, a book that follows a significant part of the life of one William Lyas. Set in the early part of the twentieth century, the story shadows its main character through a catalogue of highly believable twists and turns but isn't tempted to stray from the strict moral code that one might suggest was fashionable in that period. As a veteran of the latter part of the times featured, it certainly made me regret that a return journey was not possible. The novel majors on historical fact, chiefly surrounding the two wars and the interim years, and is assiduously accurate in every respect. I checked! Definitely a one-more-chapter-before-I-turn-in novel with echos of Boyd's Any Human Heart never far away. Well done, Graham, another one like this will be most welcome.

Beautifully written. I couldn’t put it down.
Now want to watch the film!

'Take One Life', the author's third novel, follows the experiences of William from childhood to middle age as he struggles against family and employment difficulties, made worse by the social, political and economic difficulties of England in the first half of the twentieth century.
Despite early setbacks William gradually achieves some degree of happiness and success in his work and social life, only to be thwarted by the 1930s depression. He becomes more political, and during the second world war finds himself with the opportunity to take a profound action that he thinks will transform European events towards peace, by assassinating a leading politician.
The characterisation of William, and the social background to living in England throughout this period are acutely observed, with some especially convincing portrayals of the class system, and a major financial scandal involving a well-known political figure. At one point William courageously takes the lead role in enabling a Jewish refugee to escape from Germany to England, and this episode is very well thought through and convincing part of the narrative.
Altogether a novel of acclaim; one where the reader can thoroughly sympathise and empathise with the leading character as his life unfolds.
Mr Donnelly is to be congratulated on producing another very enjoyable read.

From the very first paragraph, I was drawn into the world of William Lyus and his family. I wanted to talk to him and tell him what to do/not to do – he felt so real. All the characters in this book are beautifully and sensitively drawn. I felt that the writer was describing people I knew from my childhood. Life was hard but people managed, and I recognised stories that my grandparents had told me about their lives.

This book gives us a real insight into everyday life at the time – from the bread-bin to the dresses. It’s wonderful!
Atmospheric, engaging, nostalgic and beautifully written. I did not want it to end and there can be no finer recommendation than that.